Graduation is an important milestone for anyone in high school or college. It means that all their hard work has paid off and are ready for the next stage in their life, whatever that happens to be. At graduation, on top of the gowns and caps that everyone will wear, there are also other things that some people will be wearing including stoles or sashes, and knotted cords. So, are people wearing them just to pretty up their gowns or is there some kind of meaning to them?

These cords are also called honor cords. They are generally given because the wearer has earned some kind of honor or is a member of an honor society or other group, and are generally worn over the shoulder, although they could also be worn around the neck. They come in different colors. So what do those different colors mean? Some cords at the college level are worn to show the field of study a person has. Those cords are generally one color with strands of other colors woven through it. For example, a white cord with another color woven through it could show that the person has majored in something like literature, with the strands of other colors showing what their minor is or specialty in their field of study. At the high school level, different colors can show if a person is a valedictorian or salutatorian or other kind of academic honor.

Stoles and sashes are another way to show honors. They are also a way for the wearer to show that they are members of a particular group. Graduation sashes are designed to be worn so that the long part shows on the front of the gown. A stole is worn so that goes around the neck, with the longer part going down the back. At a college level, you will often see professors wearing different kinds of gowns and caps, with different kinds of stoles. These things can show where the professor or administrator where they went to college and if they earned honors or graduated at a graduate school level.

Graduation is something that every student, no matter what their level of education is. The student wants to show off their work and prove that they have done what they needed to do. Some of those students will have knotted honor cords while others wear sashes and stoles to show their achievements and associations. 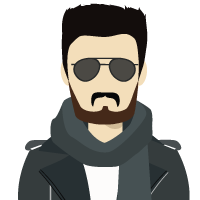 Welcome to my site about shopping. I am Andrew Gray. I am excited to share my knowledge about keeping your cool while shopping for popular deals. When I was looking for a great deal on gifts for my kids, I encountered huge crowds that made it difficult to shop. Fortunately, I was able to utilize coping techniques that helped me shop with purpose. I want to help everyone navigate the crowds and stay calm while shopping big sales. I will also talk about online shopping alternatives that you can use to find great deals. Thanks for visiting my site. I hope to see you again soon.

Getting Started With A Resale Money Making Business
31 January 2023
Selling liquidated items on an e-commerce site can be profitable. Before you purchase liquidation items, consider the market for various types of merc …

7 Delicious Desserts You Can Serve With Irish Cream Coffee
1 November 2022
Sweet almonds, rich hazelnut, and buttery whiskey are just a few of the flavors you may find in a freshly brewed cup of Irish cream coffee. After requ …

3 Reasons Why Silver Surfers Should Choose Custom Wetsuits
15 August 2022
Surfing in later life is a great way to stay fit, relax, and meet new people. However, choosing the right equipment is just as important for silver su …